Perryway Players Amateur Dramatic Society have been entertaining the local community of Frampton on Severn for over 85 Years.

AN EVENING WITH TWEEDY

We are proud to present a special one night only event – An evening with Tweedy, with proceeds in aid of Allsorts Children’s Charity – for families who have children with additional needs and Perryway Perryway Players Amateur Dramatic Society.

Come along and prepare to be entertained by Tweedy the clown as he performs his one-man show.

Tweedy is best known in the UK for his role in Giffords Circus and appearances on Cirque Berserk which included runs in the West End. He is accomplished in most circus skills, is proficient at playing various musical instruments and regularly performs magic.

Tweedy has created a number his own shows, which have had sell out audiences, standing ovations and received critical acclaim.

He has also appeared at The Everyman in acting roles, most recently as Estragon in Waiting for Godot and in 2014 in The dock brief.

Tweedy has won many comedy awards and his talents are in much demand in circus, theatre, TV and film, both at home and abroad. He has built up a cult following which includes a number of celebrities.

For two years, Tweedy was featured clown on Ringling Brothers, and Barnum and Bailey shows, playing such prestigious venues as Madison Square Garden.

Tweedy’s first job after leaving school was pantomime, he has since appeared in pantomimes throughout the country for over twenty five years. For the last eight years performing at The Everyman theatre Cheltenham. 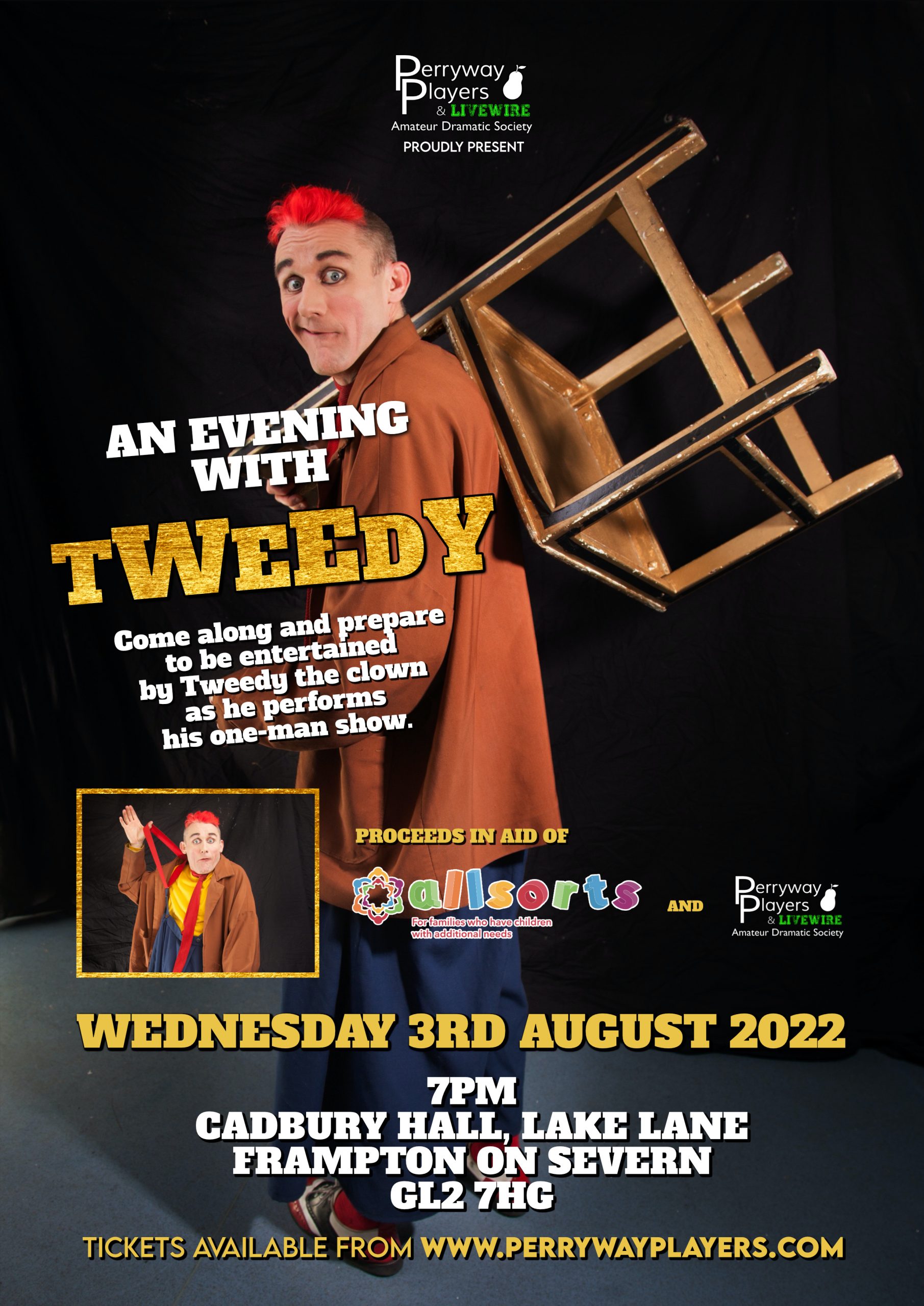